Skip to content
Get a free 3-step case evaluation

Break through conflict and create harmony with anyone

Let me ask you something...

Have you ever felt the maddening feeling of perpetually trying to resolve a problem with someone, but felt like you were just talking to a brick wall and not accomplishing anything?

Or, have you ever found yourself avoiding certain topics with someone because it's a source of conflict or pain, or it's too much work, and it doesn't accomplish anything anyway? Or, maybe you just avoided the person altogether.

Or, have you ever told someone something important over and over again, but they just never seemed to get it or care?

Or, have you ever felt like you're just not being heard or understood by someone, but if they could just understand what you're talking about, things would be much better?

Or, has the quality of any of your relationships ever eroded or remained stagnant, or has a relationship disintegrated, because you just couldn't get on the same page about certain things, no matter how hard you tried?

Or, do you have trouble expressing yourself to a degree that it hinders your ability to resolve problems or to ask for what you want?

Or, have you ever gone to counseling with someone in an effort to resolve a problem, but in the end felt like you were really no better off than when you began?

Most, if not all, of us have experienced these types of conflicts somewhere along the line. It can happen between family members, significant others, friends, co-workers... anyone. For some relationships, the issue may go unresolved for years, sometimes even to the point of being estranged from someone for years.

It's a shame, especially between spouses or family members. You may feel like time is passing you by, and you're missing out on how great things could be IF you could just break through this perpetual road-block.

You've probably tried everything under the sun already. You probably feel stuck in a rut. You probably wound up just learning to tolerate it and live with it. Or, the relationship might have fallen apart completely. Either way, we often carry residual pain and resentment about it, which can haunt us in a variety of ways. And, we always miss out on the better scenario that "could" be.

As an attorney, a trained mediator, a communication expert, and a lifetime researcher of human behavior and psychology, I have witnessed and experienced hundreds (maybe even thousands) of relationships struggle and/or disintegrate as a result of conflict.

Relationship mediation is a ground-breaking transformational tool. I've had tremendous success with bridging the gap between people and helping them break through conflict and create harmony, even with those who have been estranged from one another for quite some time.

As a neutral third party trained in communication, I can fairly easily identify where the communication is going awry, and what it is you're not understanding about each other. Once I help you both see what I see, that's when the alchemy occurs. It's like a light bulb turning on and everything suddenly looks different. You have an epiphany. When your perspective shifts, everything shifts. And presto - just like that, you break through the conflict barrier!! It really is that simple.

Sometimes the break-through is all that's needed in order to harmoniously move forward. But sometimes there are additional problems you'd like to resolve once the break-through creates a platform of understanding and effective communication. I'm a phenomenal creative problem solver so there is no problem I can't solve, in multiple ways!!

I'd love to help you transform your relationship so you can get back to living the happy, peaceful lives you were meant to live, so please contact me today!! 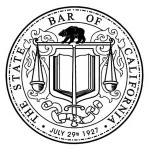 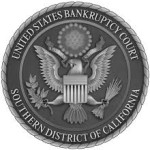 We are Proud to be a Designated Debt Relief Agency under Federal Law and We Provide Legal Assistance to Consumers Seeking Relief Under the Bankruptcy Code.

The information contained herein is for informational purposes only. It is not intended to constitute legal advice or to create an attorney-client relationship. We do not make any recommendations or endorsement as to any legal issue or procedure discussed. The nature of any particular legal issue should be considered on a case-by-case basis, and the information described herein is not necessarily a guide to your individual circumstances. It is advised that you seek independent legal advice to determine your particular legal needs.